We made it! The Imagineers accomplished a real first for Sutton: a truly collaborative, Borough-wide art festival. We hope that next year will be even better! So we say: it’s not over.

Honeywood Museum was transformed by all the fantastic creations of those who participated at public workshops, we were inundated by participants during our artist-led workshops (myself and Simon Honey).  We were so busy that we nearly didn’t manage to get any photos at all!

On Sunday at the Sutton Life Center there were more swashbuckling crafts by Elizabeth  Price (Honeywoods own craft guru) and Jane Howard (Honeywood’s curator). We were wittily entertained by Jae Avery’s Home-Ed performance of The Tempest, where audience participation kept the waves moving and the storm blowing.

Bilal Amin and friends sang us Jamaican tunes old and new, bringing the soppier ones in the audience (myself included) to tears with Redemption Song.

Richard Wilson and the young people of the Media Club of Sutton Life Center produced a wonderful 360 degree video that filled the projection room with incredibly sharp images (you need a fab 5d Canon to achieve that–anyone have £3000 to spare? Send it my way and I’ll pop out and get one). The films were superbly co-ordinated to flow around the room in perfect time, immersing us in surprising melting ice cubes, dispersing ink, lapping waves and foaming bottles, accompanied by some lovely soothing music. We were all entranced and very impressed! Malti’s (Apsara Arts) dancer twirled nicely in the middle–I would like to watch the dance again, there was so much going on with the film as well that I didn’t know what to concentrate on!

Paolo Tossio did a great job with Sheree Vicker’s collected memories of water, co-ordinating them beautifully with his soundtrack…the voices were even in tune with his music! The video he put together from his own film footage and collected photos created a well-presented piece that was a pleasure to watch.

I was lucky enough to hear Chris Wood’s Guest House Opera perform his work “Sea Changes” on two occasions. It is a beautiful collection of five songs, somehow reminiscent of Satie and Gorecki. Unfortunately I don’t know the soloists name, but she had a sublime voice that was absolutely clear and natural.

Preparing the ocean with Samia Tossio 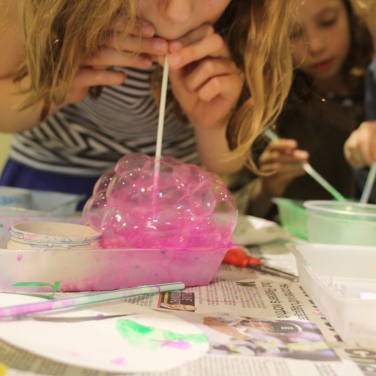 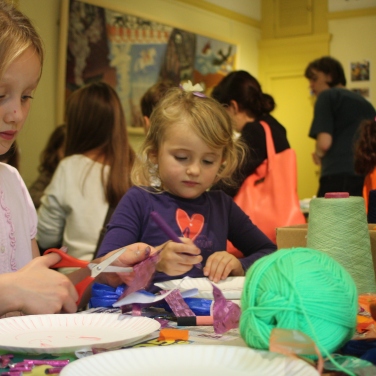 Honeywood, this was just the outside…

Artist - diving into Oceans of Love to bring back pearls! View all posts by Hana Horack-Elyafi